Hope Counseling is an affordable addiction and alcohol treatment program for men and women, age 18 and older.  This program provides peer-to-peer, group and individual counseling, parenting classes, spiritual inspiration, relapse prevention, anger management, drug and alcohol education, recreational opportunities and vocational rehabilitation. We can help you, or your loved one, struggling with Sedative addiction. 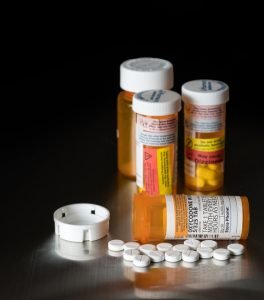 Sedatives are a class of drugs used primarily for their sleep-inducing effects. They can also provide a great sense of relaxation in lower doses. As such, plenty of drugs and substances can fit in this category, from alcohol to benzodiazepines. In this case, however, the word sedative will be used to refer to hypnotics which are non-benzodiazepines, like Lunesta and Ambien. These drugs, when taken too frequently or in doses higher than prescribed can lead to  addiction.

History and Prevalence of Sedative Addiction

Bromides are typically considered the predecessor of modern sedative drugs. These drugs were discontinued, however, as they were found to build up in the body and produce dangerous toxicity. As a result, barbiturates became the go-to sedative in the early 20th century. Barbiturates had their own problems, however, as they were quickly linked with dependence, tolerance, and lethal overdoses.

Today, hypnotics are one of the most frequently prescribed drugs in the country and, while many experts will point out that they are significantly less dangerous than barbiturates and bromides, they are not without risk for dependency.

The prevalence of past-year, non-medical use of sedatives is around 2.3%. Of these non-medical users, about 10% match the criteria for abuse and dependence. This makes sedative abuse a very common addiction in the United States.

Sedative abuse is an addiction which tends to cross demographic boundaries. Risk factors have been shown to include individuals who are older age, unmarried, and uneducated. Those with criminal histories also had a higher risk for sedative abuse. Women are also at a greater risk for sedative abuse than men, as are Caucasian people when compared with those of other races. Of course, these are only statistics. In practice, just about anybody can become addicted to sedatives.

Unlike “street drugs”, a sedative addiction typically begins with a mental illness. A person may initially be diagnosed with a sleep disorder or mood disorder for which they are prescribed a sedative. After a time, the person may begin to abuse the medication by either taking it in higher quantities than medically indicated or using it after their prescription has ended. 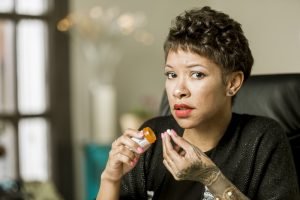 Sedative abuse can look a lot like alcoholism, to the untrained eye. Like alcohol, sedatives act quickly upon the body, creating intoxication in under 30 minutes. Like many benzodiazepines and other addictive drugs, it acts upon the areas of the brain responsible for producing and receiving the chemical GABA. This produces the hypnotic effect for which it is prescribed, but also produces other side effects.

When an addict abuses hypnotics, they will manifest several outward symptoms. These symptoms include:

In examining this list, it’s clear that many of these side effects can be extremely dangerous. Sedative addicts who are experiencing blackouts may remain partially ambulatory. They can harm themselves and others, particularly if motor vehicles are involved or if they are mixing sedatives with other addictive drugs. In fact, hospital doctors report that most life-threatening issues involve people mixing sedatives with other substances.

Given that sedative drugs are typically a prescription drug, the price can be hard to pin down. Addicts with prescriptions will find that prices are substantially lower than those who are purchasing the drugs at street value. When hypnotics hit the street, their price can be marked up significantly and is subject to whatever criminal element is controlling the market. On average, however, sedatives on the street cost less than $5, which is significantly cheaper than most other prescription drugs on the street.

A big difference between hypnotics and other prescription drugs is the correlation, or lack thereof, between addiction and crime. The effects of drugs like Ambien and Lunesta render most people unable to do much outside of sleeping and stumbling around. As such, there is very little connection between non-benzodiazepine sedative addicts and crime.

While crime may not be a side effect of sedative abuse, these addicts do unfortunately suffer other life problems. Many people who abuse sedatives suffer a great deal in their home life. For those who are parents or have a family, sedatives can often render them unavailable for those around them. They can become useless in classrooms or extracurricular activities as they remain sedated through the day. Many recovered addicts report that, while under the prolonged influence of sedatives, they essentially missed out on huge swaths of their own lives, existing essentially in a drug-induced fugue, drifting between blackout. 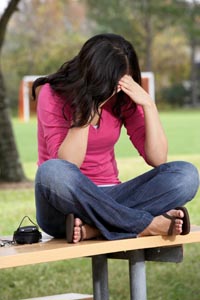 The entire goal of sedatives, when taken as prescribed, is to put a person to sleep quickly. When abused or taken in higher doses, a variety of harmful side effects can take place in addition to drowsiness. One of the most common effects reported by users taking high doses of hypnotics is something called a “blackout”. In this state, the addict retains motor and speech functions, although impaired, but is unable to recall anything which occurs. These episodes can be dangerous as users can get behind the wheel of an automobile or cause other forms of harm to themselves or others.

As time goes on, a sedative addict can begin to suffer severe psychological changes, including hallucinations and paranoia. These cases are also dangerous since hypnotics impair judgment, making the addict significantly more likely to take irrational action upon paranoid or suicidal thoughts.

With long-term sedative use, addicts begin to develop a tolerance. They will invariably begin using larger doses, leaving them vulnerable to worsening side effects. Long-term damage from sedatives includes depression, chronic fatigue, breathing difficulties, sexual problems, and chronic insomnia. Users will also frequently suffer from anxiety and even panic if they are unable to acquire their needed dose.

Long-term sedative abuse can lead to addiction and a variety of issues which may become permanent or ongoing. Relapse rates among sedative abusers are estimated to be around 50% during the first 5 years. Additionally, those attempting to recover from sedative abuse have an extremely high risk for suicide, much higher than those recovering from other addictions9. While these rates are better than other drugs, it’s always important to catch addiction early. The less time an addict has been using, the more likely they are to successfully recover.

Hypnotics essentially affect the brain directly. As the brain becomes increasingly dependent upon drugs in order to monitor its natural rhythms, the disruption caused by sudden abstinence can take a long time to repair. The body has become accustomed to being sedated in order to sleep and perform other functions. Without it, addicts frequently fall victim to depression and insomnia. When the recovering addict suffers from both of these things, they will frequently turn to either relapse or suicide.

For this reason, medical supervision is highly recommended. 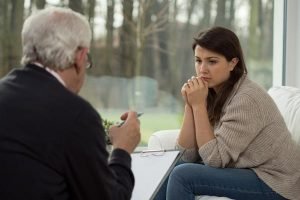 Sedative withdrawal can have dangerous, even lethal, side effects. For this reason, people should never attempt to detox themselves without medical care. In this setting, they will often either be tapered off the drug they were abusing or be placed on a low-dose taper of benzodiazepines, which can prevent most dangerous withdrawal scenarios. Additionally, patients may receive medications which can aid with anxiety or sleeplessness.

Physical and Mental Difficulty of Recovery from Sedative Addiction

The primary challenge with sedative addiction is remaining abstinent. Most people who have been abusing sedatives have ways to easily pick up the drugs they use. Whether it’s a drug dealer or prescriptions, the road back to addiction is usually still available. In almost all cases, the addict will need to readjust their lives in order to accommodate a new, substance-free lifestyle. This typically means changing social circles, avoiding old patterns and hangouts, and developing a support system for fellow recovering addicts.

For most users, recovery without structure is nearly impossible. For these people, an addiction treatment center is the ideal setting for long-term recovery. They may also become involved with therapeutic solutions, which can include cognitive behavioral therapy, dialectical therapy, 12-step programs, or religious groups, all of which have been proven to be highly effective at combatting relapse.